The Loyal Orange Institution of England is proud to support 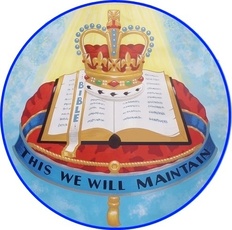 The Loyal Orange Institution is a world-wide Brotherhood that exists for the establishment and preservation of Civil and Religious Liberty and the Protestant religion. The Institution is composed of Protestants, united and resolved to the utmost of their power to support and defend the rightful Sovereign, the Protestant religion in Church and State, the Laws of the Realm and the succession to the Throne in the House of Windsor, being Protestant; and united, further, for the defence of their own persons and properties, and the maintenance of the public peace.It is exclusively an association of those who are attached to the principles of the Protestant Reformation, and will not admit to its Brotherhood persons whom an intolerant spirit leads to persecute, injure, or upbraid a man on account of his religious opinions.

They associate also in honour of King William III, Prince of Orange, whose name they bear, as supporters of his glorious memory.  The Orange Institution remains resolute in it’s support of the freedoms we enjoy that were established by the Glorious Revolution.